Top 100 Horror Movies of All Time for Haunted House Fans

For haunted house fans, horror movies are a fun way to get scared before the Halloween season. We found the top 100 horror movies of all time based on 40 or more reviews by movie critics.

As featured in our Facebook post, here's the movie trailer for The Love Witch,  that has a 96% rating.

We are sharing this to help keep you scared before we open our Milburn Manor Haunted House in October.

For the top 100 list, here's the link on Rotten Tomatoes, with percentage ratings based on critics reviews. This is an excellent watch list, as they represent the top rated horror movies of all time. How scary is that? > Top 100 Horror Movies

Once upon a time there was a young couple living in Portland Oregon who were doing a search on Google for "Haunted House Portland". They were looking for something unique, even out of the way if necessary. They did their research, looked at a lot of websites, even conducted a seance and Tarot card reading to see what would be the right one.They saw Milburn Manor on the Google maps South of Portland but in the general area. 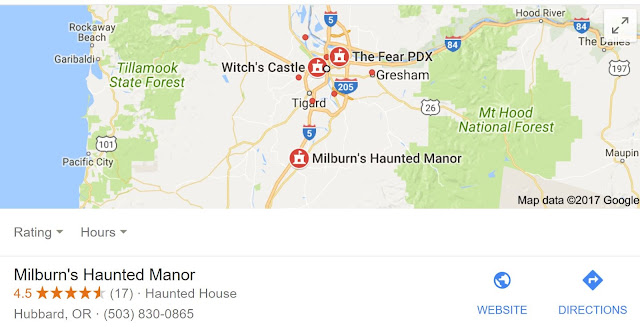 They saw that Milburn Manor had won the 2016 Best Haunted House award on the OregonHauntedHouses.com website, but were still researching.


Then they searched on YouTube for "haunted house Portland" Milburn Manor

They discovered the Milburn Manor YouTube channel , and saw that there were two videos. One of them was scary when a lost boy went into a cabin in the woods.This is shown below.
The other was the rules of Milburn Manor. A scary looking man in dark sunglasses and top hat and black suit lays down some rules about visiting the haunted manor. It included an emergency exit in case you are attacked by a zombie and want a quick escape. This video is also shown below.
Then they saw that Milburn Manor also had a couple of scary movie trailers on their YouTube channel. They were top rated and seemed to be the perfect thing to watch this summer to prepare the young couple for the real thing in the Fall.The young couple decided to visit Milburn Manor in the Fall. There were mysterious things about them that cannot be discussed on this blog. 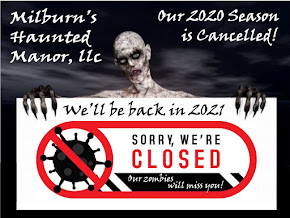 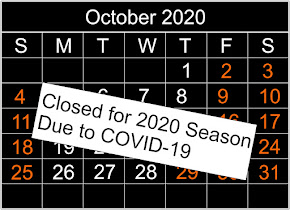